In a vintage style row of lovely traditional Main Street America storefronts, strollers, joggers, shoppers, tourists and town folks stop to peer in the windows at an ever changing but always fascinating array of paintings, statues, cultural artifacts, antiques and vintage wonders from the gamut of worldwide, sources and civilizations, countries and societies, some known now to only the history books. 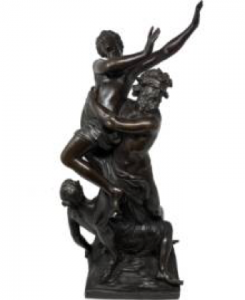 Majority of the items for auction belong to a private estate. The Trustee of the estate, Charles Malize, a New York auctioneer and has been an avid collector of antiques and art objects for over 20 years. Consignments are also welcomed, offering free estimates and advertising, with fees charged at competitive rates.

Just inside the threshold of the gallery many pause in awe at the sparkling charm of an antique Old New Orleans 100 year old chandelier which hangs a full four feet down from the middle of the ceiling. The contrast in lighting sources in the shop itself is a topic of discussion, with the modern fluorescent ceiling panels overshadowed (or outshone perhaps better said) by an ever changing variety of Tiffany and Tiffany style lamps, others gold gilted, French Victorian, early and mid-century, crystal, as well as pre-electricity solutions such as wall sconces, oil lamps, lanterns and candelabras.Late 19th Cent. New Orleans Chandelier. Old New Orleans elegance, this chandelier served from the ceilings of an exclusive House of Societal Gathering and Relaxation if you will. In excellent shape and is one of a set of two (2). “ 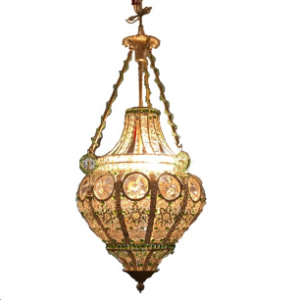 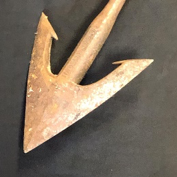 An incredible artifact that took but one white whale (Beluga).

Recently sold is James Abott Whistler (1834 – 1903) etching. Title: “The wine Glass. Date: 1858. He was an American artist based primarily in the United Kingdom. He found a parallel between painting and music. Whistler influenced the art world and the broader culture of his time with his theories and his friendships with other leading artists and writers. 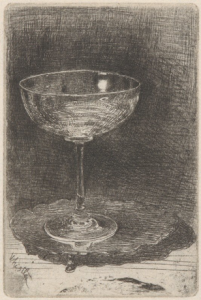 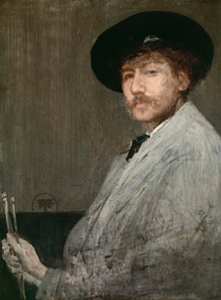 A good friend of Oscar Wilde. Both were figures in the Café society of Paris, and they were often the “talk of the town”. They frequently appeared as caricatures in Punch, to their mutual amusement. On one occasion, young Oscar Wilde attended one of Whistler’s dinners, and hearing his host make some brilliant remark, apparently said, “I wish I’d said that”, to which Whistler riposted, “You will, Oscar, you will!” In fact, Wilde did repeat in public many witticisms created by Whistler.

Recently consigned to Churchill Galleries and sold to a Florida collector is a Steinway grand piano first owned by Thomas Alva Edison (1847 – 1931) was an American inventor and businessman described as America’s greatest inventor. He developed many devices in fields such as electric power generation, mass communication, sound recording, and motion pictures. He established the first industrial research laboratory. 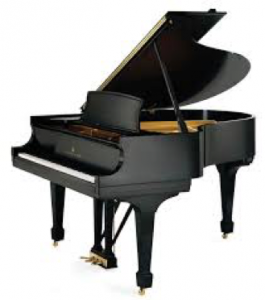 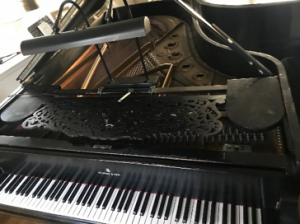 In 1890 – Having tested the piano before purchase he wrote to Steinway & sons. “I have decided to keep your grand piano. For some reason unknown to me it gives better result than many so far tried. Please send bill with lowest price”. Signed Thomas A. Edison. 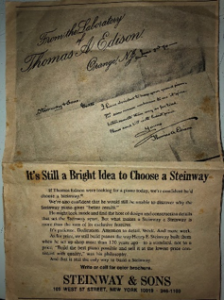 This remark was used as an advertisement flier by Steinway & Sons at the time.

With a price tag of $12,000.00 in our Antiques, Collectibles & Multiples Auction October 31st 2021 auction is an impressive James Beck oil painting of George Washington crossing the Delaware sold to a collector. 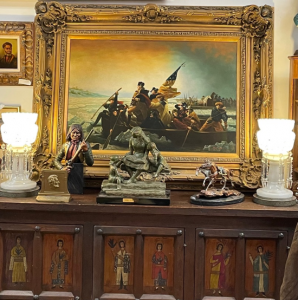 The Gallery is in the middle of preparing for the December Ethnographic, Native American Indian and other multiples auction with date of launch yet to be announced.